FOMO is the “Fear Of Missing Out“. As coins boom in prices, people take notice of the coin and rush in to profit from the rapid growth of a coin. But, this can be dangerous because people are unsure what the cap is. With new funds being pumped in by newcomers, the coin becomes overvalued and has a high chance to plunge in price.

So if you do feel FOMO at times, heed this advice from Warren Buffett:

FUD means “Fear, Uncertainty, and Doubt”. False news is common these days in the crypto world. With just about anyone publishing articles on the crypto world, FUD becomes a common tactic to cause panic. In a bid to prevent losses of a coin, people are then pressured to sell their coin. The recent prominent FUD is Ripple(XRP), when The New York Times reported that the coin is not being used in any bank:

then why did you tweet this without doing the 2 interviews we arranged for you!!? You have those names.

I don’t think you want to hear validation for XRP. The @NYTimes should be above spreading anonymous FUD. Do those calls and update your story.

This spurred people to sell off their Ripple(XRP) which caused a huge drop in its price.

Because information is readily available in several channels, it is imperative that individuals make a sound decision only after gathering their own understanding from multiple news sources to determine its validity - FUD or fact-based news. An example of news that highlights what could be an actual scam is when a Cease and Desist Order against Bitconnect was made in the State of Texas in this article claiming it a “Ponzi Scheme” just yesterday.

HODL means “Hold on for dear life” it is a misspelling on the word “hold” that means to “keep”. In the crypto world, someone who is not intending to sell his coins in the near future is called a HODLer.

Why should you HODL now?

Currently, most AltCoins are taking a dip right now and prices are growing. This causes people to panic sell (FUD) or wonder why prices are diving motivating them to sell the coin before its value drops any lower (FOMO).

As Bitcoin prices are on the rise, the AltCoins’ prices are seen to be going down rapidly in contrast. This is an important concept to grasp before questioning price drops. Secondly, big exchanges like Binance and Bittrex have closed all new Sign Ups. With this, we will not see new traders entering these exchanges. This can only mean one thing - we are trading in a closed market. In this aspect, it is better to HODL onto your coins and prepare additional funds to enter into the exchanges. 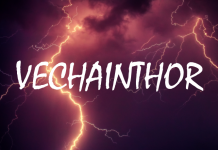